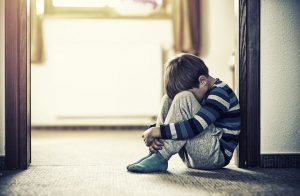 According to data of Child Protective Services, approximately 3 million cases of child abuse and neglect are reported each year. These cases involve almost 5.5 million children. Most cases are related to neglect, but a significant number involve physical and sexual abuse too. Many children suffer a combination of sexual and physical abuse and/or neglect.

What is Child Abuse?

The legal definition of child abuse is an act or acts perpetrated knowingly by a person against an individual under eighteen (18) years of age that inflict injury upon the latter.

What is Child Neglect?

An individual who knowingly neglects a child under eighteen (18), thereby affecting the child’s health and welfare in an adverse manner, commits child neglect. An “adverse manner” may include the natural effects of dehydration or starvation, but is not limited to these.

What is Child Endangerment?

A parent or custodian of a child eight (8) years of age or less exposes the child to abuse or neglect or fails to protect the child from such knowingly, and the child sustains physical injury as a result.

By “knowingly” it is meant the person knew or could reasonably have been expected to know abuse or neglect of the child would take place, causing physical injury. In such cases, the risk would have been of such type and extent that failure to perceive it could be perceived as gross deviation from the standard of care that an ordinary parent or legal custodian of a child of or under that age would exercise.

Any court of law in the US that has reasonable cause to believe someone is guilty of such a crime may issue a warrant or summons to bring the person before the court.

Circuit and criminal courts, courts of general session, and juvenile courts have concomitant jurisdiction to review such cases.

If the person pleads not guilty, the general sessions or juvenile judge may bind them to a grand jury. The district attorney general may file an indictment to prosecute them.

The general sessions court or juvenile court may issue a sentence if the defendant enters a plea of guilty. Regardless of the plea, the criminal or circuit court is authorized to hear the case and sentence the defendant if found guilty. The statutes vary by state.

Violations of child abuse and endangerment laws may be considered a lesser included offense of other crimes, such as homicide, sexual offense, or statutory assault if the victim is a child and evidence is sufficient to press charges on the perpetrator.

In the state of Arizona, child abuse charges vary based on circumstances. There are two categories of felony child abuse. The category determines the kind of punishment the perpetrator may face.

The category of less serious offense, if we can express it in those terms, is when the offender is charged with committing child abuse that was unlikely to cause death or serious injury. If the abuse occurred under these circumstances, the offender faces the following charges:

If the abuse is considered likely to cause death or serious physical injury, which is the other category of felony child abuse, the offender may face more serious charges. Felonies are categorized as follows:

It is considered a class 2 felony if the abuse was done knowingly or intentionally. The offender can be sentenced according to A.R.S. 13-705 if the victim is under the age of 15. Under this legislation, an offender who is at least eighteen and is convicted of sexual assault of or sexual conduct with a minor who is twelve years old or younger is sentenced to life in prison.

The offender will not be eligible for probation, suspension of sentence, pardon, or release from prison until they have served thirty-five years or the sentence is commuted.

The punishment is similar in cases where an offender who is at least eighteen and is convicted of attempted first degree murder, second degree murder, sexual assault, or sexual conduct with a minor who is under twelve. He may be sentenced to life in prison and will not be eligible for probation, suspension of sentence, pardon, or release from prison until he has served thirty-five years or the sentence is commuted. If he is not sentenced to life, he faces a minimum sentence of 13 years and a maximum sentence of 27 years.

If found guilty of child abuse and endangerment in Arizona, one is judged according to the class of felony committed (2 – 6) and how violent the crime was. Circumstances with respect to the latter range from mitigated to aggravated. The best (from the defendant’s viewpoint, of course) outcome of the case, if found guilty, would be a sentence of 4 months in prison for committing a mitigated class 6 felony. Aggravated class felonies carry a term of 2 years.

Below is a list of the felonies, circumstances, and sentences persons found guilty of child abuse face:

Arizona judges are never lenient in child abuse cases and defendants found guilty often receive the harshest sentences applicable to their circumstances. It is absolutely crucial to hire a compassionate, yet assertive lawyer if you’re facing child abuse and endangerment charges because child abuse is considered an extremely serious offense in Arizona. Apart from a sentence, it carries probation requirements and hefty fines.

A competent, experienced lawyer can help secure a best-case scenario such as no charges being filed, charges being dropped, probation and fines instead of prison time, or having your case dismissed. These are just some of the many outcomes Jackson White Law has secured for its clients. One client, who was charged with one count of endangerment, had his case dismissed. Chandler Municipal Court ordered him to attend traffic school.

Possibly the worst outcome of a child abuse case (and the best for everyone except the offender) was the 2017 sentence of 1,652 years, handed down to Ronald Yarber by an Illinois judge.