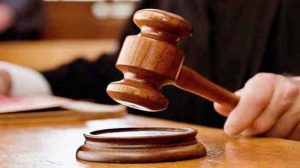 A legal order requiring one to withdraw from something or to act in a particular way is called an injunction. To petition an injunction hearing, you will fill the forms with the courts. People request this in many situations such as a tenant-landlord matter where the tenant needs the landlord to secure some safety hazard. Such cases demand minimal paperwork and are often settled easily. Other cases might be complex as in business cases which demands that a decision is made concerning capital, and capital sharing ratios, or even partnership arrangements. Here, the attention of an attorney is needed.

Steps to File an Injunction Without a Lawyer

A petition for an injunction may vary depending on the nature of the case as well as the state where you are residing or filling it. Court usually present a sample of petition forms which they will ask you to download if the case is an order to stop harassment of any kind or an issue between the tenant and the landlord disputes.  A typical petition form demands a list of major information concerning yourself, which includes; your name, date of birth, contact address and other information concerning the other party in the petition.

In the form, you are required to state every condition that has led to that injunction request. They include; times, dates of the harassment or the neglects of the other party in doing what the court has asked him to do. When it comes to the complex cases, you may need to file additional paperwork. For example, requesting action from your business partner in dissolving the company, case briefings with other documents, or the ones that are similar to those filed in the civil lawsuit.

The following are the requirements for filing the petition for an injunction.

Sometimes, an injunction might be heard without prior information to the other party. In such cases, it is described as “ex parte” hearing showing that the second party is not aware of such a petition. This is known as an emergency injunction. You can still refer to it as “temporary restraining orders” The procedures, as well as resources in filing a standard injunction, are similar to those described above. You will request for an “emergency injunction” or a “temporary restraining order” form from a court clerk, and then you complete and file it. The court clerk will direct you to the particular office heading the emergency injunctions. You will have to check in and wait with the court clerk for “call up” of the case by the judge

You can easily file an injunction without a lawyer if you wish because it is as easy as ABC. However, you may not receive approval of the injunction immediately because the judge will cautiously weigh the injunction to know if the evidence and the facts are suitable for the court to handle. If after the review it is found that the injunction is without merit, or can cause harm to the other person, the court will withdraw from such case. Judges hate making a bad situation worse by filing a case concerning domestic violence without concrete evidence at first hearing. There might be retaliation by the other party especially when injunctions are filed, and the court rejects it. Therefore the judges will adhere to evidence and facts on the ground for making his decision according to the constitution.