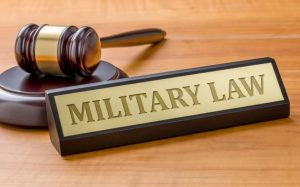 It’s been more than a year since the grizzly death of Army Specialist Vanessa Guillen at the hands of a fellow soldier. Guillen was found murdered and dismembered inside the armory at Fort Hood. The incident sent shockwaves across the military, with then-Army Secretary Ryan McCarthy admitting that such crimes are more prevalent at Fort Hood than in any other army installation.

One might think that any crime done by an active service member falls under conventional criminal law, which isn’t entirely wrong. Some cases can end up being tried by both a military tribunal and civilian judiciary. Regardless, military criminal law works a bit differently from its civilian cousin.

Here are several key points military members must keep in mind when dealing with criminal charges. 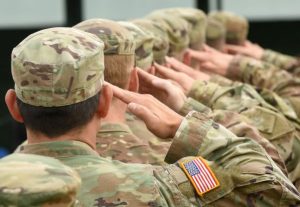 1. The Military Has Its Own Judiciary System

The first and arguably most crucial point is that the military maintains its own judiciary system, as codified under the Uniform Code of Military Justice (UCMJ). Aside from covering civilian crimes like robbery and murder, this code also criminalizes misconduct in the military, such as dereliction of duty and insubordination. Civilian criminal law doesn’t have an equivalent for these.

The UCMJ also dictates the setup of a typical military tribunal. Whereas a civilian court can have civilians as juries and judges, a tribunal court will primarily consist of officers. The latter can also have fellow service members serve as juries upon the accused’s request, although the tribunal can deny them that privilege. It’s different from civilian juries, in which no one party controls the selection.

In a way, the military court is more restrictive than the civilian court, and for a good reason. The military has to maintain a more rigid semblance of discipline and order within its ranks. For this reason, among others, the accused needs a military criminal defense lawyer, one well-versed on how such a legal system works.

2. A Commander Can Punish The Accused Without Court-Martial

Under Article 15 of the UCMJ, the commanding officer can punish the accused without resorting to a military tribunal, which is called non-judicial punishment. It doesn’t follow criminal proceedings, and the accused has the right to either accept or refuse it. The punishment is typically lighter than one imposed by a court-martial, like pay cuts, a one-rank demotion, or simply getting scolded.

However, there are a couple of caveats worth remembering. First, lawyers say accepting an Article 15 punishment doesn’t establish guilt, as it’s non-judicial as implied. Most accused personnel take it to be able to keep their military career intact. The worst-case scenario for them is to challenge it via a court-martial and end up losing, which can mean a dishonorable discharge or years behind bars.

Second, and perhaps more importantly, many commanders aren’t aware that they need to establish convincing proof before invoking Article 15. In its report for the Secretary of Defense in 1980, the Government Accountability Office (then the General Accounting Office) found that gross misuse of Article 15 can dishearten service members to the point of resignation from the force.

3. The Fifth Amendment Still Applies, But There’s a Catch

As mentioned earlier, it’s not unusual for soldiers to face both a civilian and military hearing. This happened to Austin Greening, a former Navy sailor who shot a fellow sailor in 2013 and pleaded guilty in a civilian court. But after serving time in prison, the Navy tried him in a military tribunal and put him in custody again, deeming that the punishment wasn’t enough.

Article 44 of the UCMJ protects the accused from double jeopardy, being tried again for the same offense no matter the verdict. In fact, whether or not serving in the military, the Fifth Amendment (which also guarantees one’s Miranda rights) protects every American from this unlawful action. But as far as the above example is concerned, the protection doesn’t apply.

Regardless of the outcome in a civilian court, a soldier can still face a military tribunal for the same offense. According to a paper published in the Yale Law Journal, both courts exist under the dual sovereignty doctrine, where a crime in one sovereign constitutes one offense. As long as the courts exist separately under this doctrine, double jeopardy protections don’t apply.

In essence, a soldier tried at both courts can be charged with two separate offenses, no matter how similar they appear in plain view.

As duly explained, the military justice system, specifically, its criminal law is an entire world of its own and is quite different from civilian criminal law in many ways. When involved in a criminal case, military service members should exercise due diligence in knowing and understanding their legal options and protecting their rights when facing charges, whether or not they have merit.