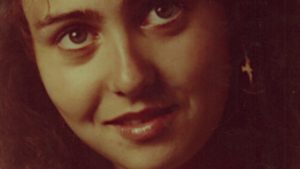 Today, they are known as the Tool Box Killers, but, prior to 1979, Lawrence Bittaker and Roy Norris were career criminals. Bittaker was arrested for stealing a vehicle in 1959, then arrested again in 1961 for robbery. Despite being convicted each time, he continued to commit crimes once he was released from prison, having been in prison at least six times for offenses ranging from parole violation to attempted murder. Norris, on the other hand, was initially a criminal known for sexual crimes. He was arrested for rape, stalking, and assault with attempt to commit rape over the course of six years.

It has been said that Lawrence Bittaker is borderline psychotic, and he was known to be extremely manipulative. Roy Norris has been diagnosed as schizophrenic and “mentally disordered”. He served a majority of his imprisonment at a psychiatric facility. The two met in 1977 at San Luis Obispo. They regularly talked about a plan to kidnap and murder teenage girls once they were released from prison. The plan was to kill one girl of each age from 13 to 19.

On Halloween Night of October 31, 1979, Shirley Ledford, only 16 years old, was waiting outside a gas station in Sunland-Tujunga, a suburb of Los Angeles, hoping to catch a ride home. She accepted a ride from Lawrence Bittaker and Roy Norris, likely because she recognized Bittaker from her job as a waitress. He frequented the restaurant she worked at. Within minutes of entering the van, Bittaker drove it to a secluded area, and they bound and gagged Ledford.

The men took turns driving as the other sexually assaulted Ledford in the back of the van. For most of the time in the van, her mouth and legs were taped with construction tape. She was also hit with a sledgehammer and her genitals and rectum were viciously torn with pliers, which is how Bittaker and Norris earned the nickname of the Tool Box Killers.

After holding Shirley Ledford in the van for nearly two hours, Norris ultimately killed Shirley by strangling her with a coat hanger. They left her body on a random nearby lawn on a ivy-bed with her legs spread as a final act to degrade her. She was found the next morning by a jogger. It was the fifth and final murder enacted by Bittaker and Norris. A recording of the attack was later found in the van. On the graphic tape, Ledford can be heard horribly screaming, asking for mercy and crying things like, “Don’t touch me!” and “Don’t hit me again” whilst one of the attacker can be heard shouting “Scream, Baby! Scream”

WARNING: Click here to read the Transcript of Shirley Ledford’s tape. Parkaman Magazine made it available so that we may never forget the horrendous crimes done by these individuals and – especially – the reason why such killers should remain behind bars – or even – deserve the death penalty. Proceed at own risk.

Tracking Down the Assailants

Roy Norris regularly visited Jimmy Dalton, an inmate at a local prison whom he had become acquainted with when they were incarcerated together. In November 1979, to Dalton, Norris divulged details about the five murders he had committed with Bittaker, along with several other instances in which they had attempted to abduct women who had escaped them.

Jimmy Dalton shared this information with local authorities, who agreed that the statements he made matched up with missing person’s reports. At that point, only Shirley Ledford’s body had been found. Detectives were able to track down a woman who had reported being raped and attacked in a van months earlier, and she was able to positively identify Bittaker and Norris from their mugshots.

After a long interrogation, Norris finally confessed to his involvement in the murders, painting Bittaker as the ringleader. Norris plead guilty to each of the charges and led investigators to several of the bodies they had disposed of.

Bittaker, on the other hand, denied any involvement in the crimes and claimed that Norris had been with the girls the last time he saw them alive. A 17-minute section of the recording of Shirley Ledford’s attack is the smoking gun that put Bittaker behind bars. While most people in the courtroom were openly upset and disturbed, some even left the courtroom because of the awful screams and couldn’t bare it longer, Bittaker merely sat there with a smile on his face.

Roy Norris remains in prison and was denied parole in 2009, deferring his eligibility to 2019. Lawrence Bittaker was sentenced to death, with an alternate sentence of 199 years in prison. He is currently on death row at San Quentin State Prison.