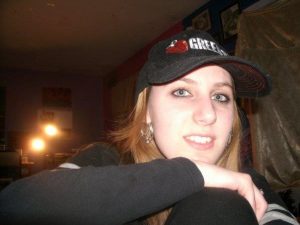 The Mysterious Murder of Stacy Sullivan

On the evening of April 21, 2016, in Flackler, Alabama, the body of a woman was found in the muddy ditch of the rural Country Road 45 around 7-8 PM, as the sun was setting. An abandoned car was stuck on the side of the road several hundred yards away. The vehicle was still running and the driver door was open. The body was soon identified as 40-year-old Stacy Sullivan of Jackson County, Alabama. As the scene was investigated, questions were asked as to why the woman was on the opposite side of town then where she was supposed to be picking up her children, what had happened to her on a quite rural road, and who, if anyone, was responsible for her death.

Stacy Sullivan’s children were waiting for their mother to pick them up from school, as she always did. The school was notified that Stacy would be late at picking them up, but she never showed. Within a few hours, the family filed a missing persons report for Stacy Sullivan, knowing it was unlike her to leave her children and not contact anyone.

Immediately, the family had concerns that something had happened to the single mother. Stacy had a history of living with partners who were domestically abusive. And although there was talk that the woman had issues with drugs in the past, she was believed to have been clean at the time of her disappearance. Stacy was almost finished with nursing classes that would get her the certification to begin a beneficial career for her and her children. She had recently left her last boyfriend, due to the physically abusive relationship, and was trying to put her life on a better path. Her children were a very important part of her life and neglecting to pick them up from school was a red alert to her family that something may have happened to Stacy Sullivan.

On the evening of April 21, 2016, a car was found running with the driver door open on the side of 45 in Fackler, Alabama. The car was stuck in the mud. Several hundred feet from the car was a deceased 40 year old female with no apparent cause of death. Police were quickly able to identify Stacy Sullivan from her car and personal identification. The body showed no outwardly signs of injury or possible cause of death. The location of Stacy’s body, approximately 500 yards from the front of the vehicle, did not add up with the vehicle still running and the driver door hanging open. If Stacy had gone for help, police surmised she would have turned off the car and shut the door to save the gas and battery of the vehicle. They also would have expected her to walk on the side of the road and not in the treacherous and muddy ditch. If she was trying to push the car out of the mud, then she would have been at the back of the vehicle.

There were indications in the mud that someone had attempted to push the vehicle out. Due to the state of the ground around the vehicle, no definitive impressions could be determined. The area had recently dealt with a lot of rain. That combined with the gravel and clay mixture of the mountain-top road caused either smearing of impressions or inability for any impression to remain.

Two witnesses eventually came forward as the last people to have seen Stacy Sullivan alive, only hours before her body would be found. They were finally able to provide police with a reason why Stacy was on the opposite side of town from where she was supposed to pick up her children.

Through the woods, near where Stacy had gotten her car stuck on the side of the road, was the house of one of her friend’s mother and sister, Hannah. Hannah and her mother told police that Stacy had knocked on their door that afternoon. She told them her car was stuck and she had dropped her phone somewhere and needed to call the school to let them know she would be late picking up her children.

Hannah’s mom allowed Stacy to use the phone to make the call. The witnesses noticed that Stacy seemed agitated and nervous. Stacy told them that she was supposed to be meeting up with Byron to discuss a court date but that someone else had come with him. She told them that “he” wasn’t supposed to be there and she was scared. She asked if there was anyone there with Hannah and her mom who could help her get her car out of the mud. Hannah speculated that the unnamed man was Travis Hambrick, someone they knew as being involved with Stacy’s ex-husband as well as illegal drugs. Fearing for her and her mother’s safety, they told Stacy that they couldn’t help and no one else was home at the time. Stacy then left and headed back the way she had come from. It was the last time anyone would see her alive.

Byron Sullivan was Stacy’s ex-husband and the father of her children. Byron and Stacy had lived only a short distance from where her body was found back when they were still married. Police discovered that Stacy had planned to meet to Byron to discuss court issues and disagreements related to child support. For unknown reasons, the police did not tell the family whether or not Stacy had in fact met with Byron on the day she died.

Byron had recently been working for a known methamphetamine dealer and user Travis Hambrick. Travis was later discovered with Stacy Sullivan’s cell phone.

He was arrested but released two weeks later because of the inconclusive autopsy report. Police did tell Stacy Sullivan’s family that they saw Travis Hambrick as the most likely suspect if they could confirm that Stacy was, in fact, murdered.

Another suspect was Stacy Sullivan’s live-in boyfriend, Scotty Peek. The day after the victim’s body was found, Scotty was arrested on a warrant related to a past altercation and domestic assault report with the local police department, and the reason Stacy had been leaving him. He, too, was later released with no further suspicion as he had an alibi, despite the domestic abuse history.

With the lack of evidence in the case, there was understanding from the family that it would take the authorities a bit of time to find any new information. Unfortunately, the family discovered that the authorities did not seem as diligent as they had hoped. When one of Stacy’s sisters finally found Byron Sullivan, they asked him why he was dodging the police. As far as they had been told, the police had stated that they were unable to locate him. Byron seemed surprised by this and relented to the sister, making the phone call himself to go in and talk with police.

On the one-year anniversary of Stacy Sullivan’s death, the family posted pictures and all the information they could on social media, hoping someone would have more information about her death. A more in depth autopsy is still pending by the state. The case is still open but not currently active, as the police still have no conclusive cause of death. One officer told the family that he had noticed energy drink cans in the victim’s car and that there were some assumptions that she had died of a heart attack. For the family, this information doesn’t fit. The autopsy had not found any sign of a heart attack or failure. Her toxicology results had shown no elevated amounts of any substance in her blood.

As of April 2017, the Jackson County Sheriff office told the media they are considering the case a homicide but they are still waiting to receive the full autopsy report from the state, which could take at least another six months. The state department is currently dealing with a backlog of cases needing evidence reviews and analysis. Until the state can give a cause of death, the Jackson County Sheriff Department has no new evidence to move forward with. Currently, all three suspects are still in Jackson County. If one of them did kill Stacy, he is still free to live his life as Stacy’s family, including her young children, are left with unanswered questions and please for justice.