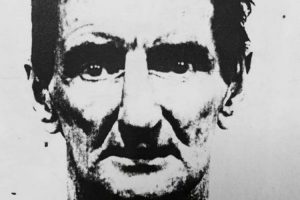 Kieran Patrick Kelly was responsible for the deaths of at least thirty-one people; a terrifying body count which dwarfs even that of more infamous British serial killers such as Peter Sutcliffe or Dennis Nilsen. It is baffling, then, as to why the Kelly remains relatively unknown in relation to his more media-friendly peers. Fortunately, author Geoff Platt addresses this concern quite early on.

True crime tales are often more enjoyable when the stories are told from a position of authority and experience. In this case, the tale of the Kieran Patrick Kelly is told by author and retired detective Geoff Platt. Platt was an investigator for the London Metropolitan Police during the time of Kelly’s crimes, and became closely affiliated with Kelly after his arrest. Platt claims he met with Kelly every day for around two years, of which Kelly would then describe his crimes, ordeals and motivations to Platt. Platt, then, has done an incredible job of weaving crime history with descriptive prose in order to paint a picture of the London scene at the time of Kelly’s murders.

Additionally, Platt recalls the first-hand experiences of London Metropolitan Police attempting to keep the crimes of Kieran Patrick Kelly away from the general public for fear of mass hysteria. The idea of a serial killer who pushes people onto railway tracks operating in one of the busiest cities in the world is a journalist’s paradise. If the press got hold of the details of his crimes, they would overblow the story for the purposes of media sensationalism. The rippling effect it would have on London, the rail system and the London economy could be staggering. This is the reason why Kieran Patrick Kelly went under the radar.

The book begins with an overview of the story – who is the Kieran Patrick Kelly? What were his crimes? What is the author’s relationship to him? The book then spends the new few chapters digging into Kelly’s childhood; a vital insight for anyone looking to delve into Kelly’s psychological motivations.

When the book begins to discuss the crimes of which Kelly became known for, some problems begin to arise, although they are problems which are likely to be out of the author’s control. There is a distinct lack of detail regarding the majority of Kelly’s murders, which is something which die-hard true crime readers may find frustrating. Particularly in regards to psychological profiling, the minor details such as the killer’s initial approach to his victims, the manner in which he fled the scene, the application of theatrics, etc. are vital to form a full picture of the culprit.

However, even in the most famous of cases, such details can be lost to the ages. We need only look at infamous cases such as the Yorkshire Ripper or the Manson Family to see the amount of misinformation which has formed as a result of lost evidence, misplaced paperwork and word-of-mouth claims – so dealing with such possibilities on a case which is relatively unknown is a challenge for even the most hardened researcher. It is unlikely that the author left out these details purposely, and instead did so out of necessity.

At the point that Kelly is discovered by authorities and arrested is when the book becomes a real page-turner. From this point, Platt recants his personal conversations with Kelly which offer a fascinating insight into a damaged psyche. Kelly reveals his beliefs and his motivations into committing the atrocities he did, which makes for sad and tragic reading.

Throughout the book there are various mentions of the geography of rural London areas and tube stations which the author has come under fire for since the book’s publication. To me, such descriptions are not an issue as they serve to form a picture of the area these tragedies were committed. Additionally, such descriptions are necessary for the true crime buff as, in later years, people may want to trace the history of the locations of these murders. Therefore, apt description is necessary. A recent example of this is the murder sites of those committed by American serial killer Jeffrey Dahmer. There have been recent complaints by people wishing to visit these sites but due to the vast landscape changes they have been unable to locate them. With the descriptions given by Platt, locating Kelly’s murder sites should not be a problem for the foreseeable future.

The ending of the book deals with Kelly’s legal proceedings (his case was renewed in 2015) as well as the aftermath of his crimes. Throughout the book, the author keeps his tone formal and informative; a requirement for a book of such graphic nature. He rarely delves into his personal opinion on matters and instead chooses to focus on the facts – something which I personally believe adds to the readability of the book. For contrast, I personally found the book Mindhunter by renowned FBI profiler John Douglas to be spoiled by the amount of the personal interjection.

A very interesting addition to the book – as well as being something I’ve never seen in any similar true crime book before – is the inclusion of an ‘appendix’ of all related serial killers towards the end. Platt offers a small summary of the crimes of 62 infamous British serial killers from relatively unknown names such as Trevor Hardy (the Beast of Manchester) to front-page killers such as Ian Brady and Myra Hindley. It’s useful for anyone looking to branch out after finishing Platt’s book.