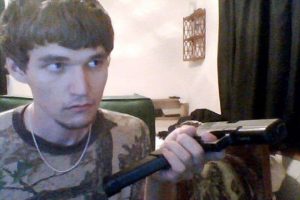 Alavaro Rafael Castillo was 18 years old when he murdered his father and planned a massacre at the Orange High School in North Carolina. Castillo had a YouTube channel and a handful of vlog-style videos in which he ranted and yelled about things that annoyed him. He also maintained journals in which he compiled a list of mass murders and school shootings, listing his own name as the final entry.

Castillo was obsessed with the Columbine High School shooting, but was also keenly interested in other mass murders. He also had a history of mental illness, with psychologists saying he suffered from major depressive disorder, as well as schizotypal and obsessive-compulsive personality disorder. 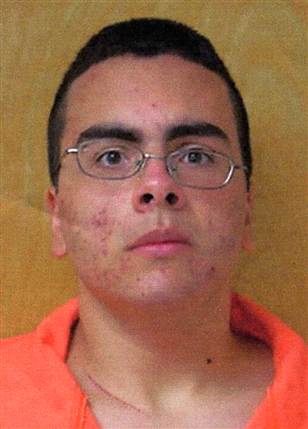 In his testimony, Castillo admitted to ‘putting his father out of his misery’. In reality, he shot his 65-year-old father seven times in the face and neck while he sat on the lounge.

He then drove the family’s minivan to the Orange High School in North Carolina, where he set off a cherry bomb and opened fire on the students with his semi-automatic rifle. He injured two people before his gun jammed and he was taken into custody.

Castillo was charged with the first-degree murder of his father and multiple assault and weapons offenses. He was sentenced to life in prison without the chance of parole. 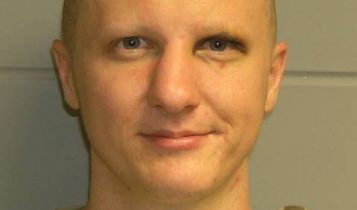 Jared Lee Loughner was a prolific poster of his views on the government and terrorism on his very active YouTube channel and Myspace account under the pen-name Classitup10. He also maintained a previous channel under the username “Starhitshnaz”.

In 2010, the year before his killing spree, he was actively abusing alcohol and drugs, including cannabis, LSD, psychedelic mushrooms and cocaine. People who knew him said his personality and behavior had changed dramatically.

In the early hours of the morning of the shooting, Loughner published a post to his Myspace page, saying “Goodbye friends. Please don’t be mad at me. The literacy rate is below 5%. I haven’t talked to one person who is literate. I want to make it out alive. The longest war in the history of the United States. Goodbye. I’m saddened with the current currency and job employment. I had a bully at school. Thank you.”

On January 8, 2011 Loughner made his way to a Safeway supermarket in La Toscana Village mall in Casas Abodes, where a constituent meeting was being held by US Representative Gabrielle Giffords. He shot Giffords in the head, critically wounding her and leaving her permanently paralyzed on her right side.

He then fired randomly into the crowd, killing 6 people, including a 9-year-old bystander. Thirteen other people were injured by gunfire. One other person was also injured while trying to club the back of Loughner’s head with a folding chair.

After his arrest, Loughner was diagnosed with paranoid schizophrenia and deemed mentally incompetent to stand trial for the mass murders. However, a judge overturned the decision in 2012 and judged him as being competent to stand trial. He pleaded guilty to 19 charges, including murder and attempted murder and was sentenced to life imprisonment, plus 140 years in federal prison. 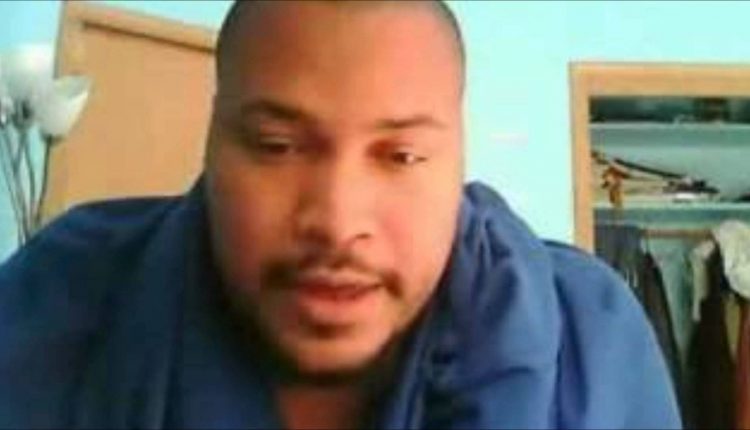 Anthony Powell was a 28-year-old man who was studying at the Henry Ford Community College. In his spare time, he was an avid poster of pro-creationist videos on YouTube. His most prominent online pen-name was Tony48219 and he was well-known for ranting about atheists, his hatred of black women or his beliefs on evolution. He was also known for using other screen-names that included TheLegendTony48219 and Tony48075.

Over time, his video rants became more fervent, often revealing how unhinged his mental state had become. He is attributed to saying “We have these fuckin Muslims, these atheists, these Jehovah’s Witnesses, these tools of Satan, these troopers of Satan, these monsters, these demons, these subhuman black persons that’s tryin’ to destroy the Christian religion.”

He also developed a dangerous obsession with fellow classmate and YouTuber, 20-year-old Asia McGowan, an aspiring actress and dancer. She was also an overt Christianity critic.

Powell shared one class with McGowan, which had met early in the day on April 10, 2009. It was Good Friday. He shot McGowan dead with a shotgun in an empty classroom in the college they both attended. Sometime later when police arrived on the scene, they reported hearing one further gunshot. Powell’s final shot was the one he fired into his own head.

Trey Eric Sesler was just 22 years old when he was arrested for the cold-blooded murder of his father Lawton, mother Ronda and brother Mark. At around 1 a.m. in the early hours of Monday, March 20, 2012, Sesler murdered his family.

The YouTuber used various alter egos online, including Mr. Anime and Mr. Bryko. He was the producer and star of several of his own short films, but he was also a prolific reviewer of Japanese animation. He also often discussed guns and video games. His YouTube channel, Lenscap Productions had more 4,000 subscribers and more than one million video views.

As time went on, his videos and reviews showed hints that his sanity was declining. He developed an obsession with serial killers and the Columbine High School massacre. He then began planning his own massacre at Waller Junior High School. His intention was to kill at least 70 people.

Yet, before carrying out his plan of attack on innocent students at the local school, he chose to first murder his mother, his older brother and his father in the family home. In his testimony, Sesler admitted that he killed his family to spare them from knowing what he planned to do next.

Trey Sesler was arrested for the murder of his parents and his brother while he was at a friend’s home the day following the murders. He was sentenced to life without the possibility of parole and remains incarcerated in the McConnell Unit in Texas Prison.

Elliot Oliver Robertson Rodger was born in London, England, but relocated to Los Angeles, California, when he was still young. Rodger had been visiting therapists and psychiatrists since he was 8 years old, receiving treatment and medication for a range of mental illnesses. Yet, he often refused to take his medication.

He maintained a personal YouTube account and online blog, in which he would frequently lament his extreme loneliness and how he felt rejected by others. He was also bullied at school and felt unable to make any friends. 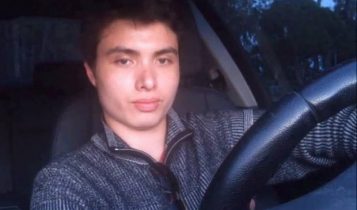 Rodger planned his deadly attack, uploading a video to his YouTube channel titled “Elliot Rodger’s Retribution”. The video gave details of his planned attack and the reasons behind his actions. He wanted to exact punishment on women for making him feel rejected, but he also wanted to punish sexually active men for being what he wasn’t.

He also wrote a manifesto, titled “My Twisted World: The Story of Elliot Rodger”, which described the life of a lonely boy who had been bullied to the point of developing a hatred of women and a deep contempt for couples.

On May 23, 2014, Rodger used a knife to stab three people to death in his apartment, slashing and stabbing them repeatedly in a violent frenzy. He then headed towards a nearby sorority house near the University of California in his car, shooting people at random along the way. He used his guns to shoot many more people and continued his violent rampage by running people down in his BMW car.

By the end of his killing spree, Rodger had killed 6 people and injured 22 others. He was still in his car when he turned his gun on himself and fired one shot into his head.